If you’ve ventured into the cemetery in the last couple of months, you’ve no doubt
noticed a lot of tree work being done. Thanks to our cemetery manager Forrest
Harper and his son Forrest Jr., a certified arborist, our collection of trees are being
surveyed and evaluated for safety and overall health. After having evaluated the
older trees not only from the ground level, but also from a bucket’s “top-down”
view, some of them have been cut down due to the risk they posed to people and
monuments. Other trees have only needed pruning. As the work progresses, plans
are being made to replace the older trees and plant new ones that are appropriate to
our local climate. The Cemetery Commission anticipates that our tree program
will be completed sometime this spring.

Some folks have asked why so many trees have had to be cut down. First, while
not apparent from the outside, many of the older trees were, in fact, accidents
waiting to happen- hollow and defective on the inside. Second, most of these older
trees have aged together since they were planted at the same time when the church
was engaged in a “cemetery beautification” program in the 1920s.

Our thanks to the Consistory for approving this project back in the fall, and to
Forrest and Forrest for implementing a program that has never been so thoroughly
done in our cemetery. 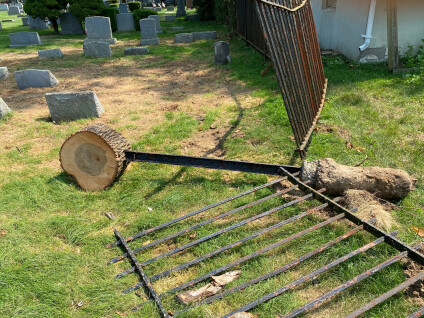 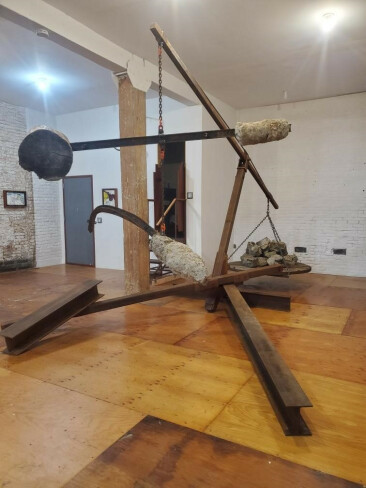 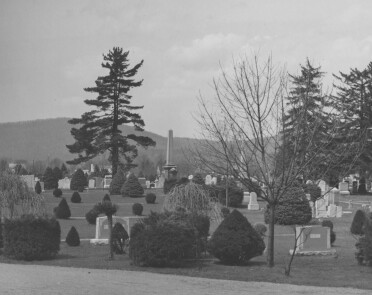 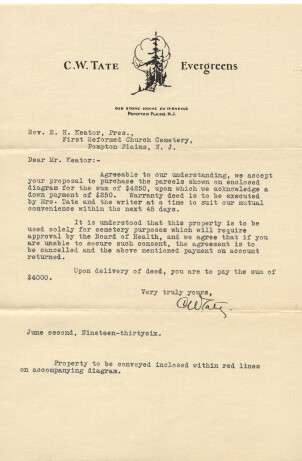 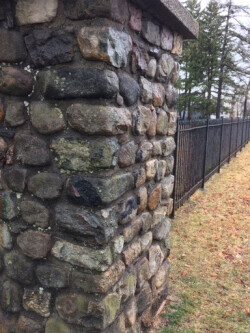 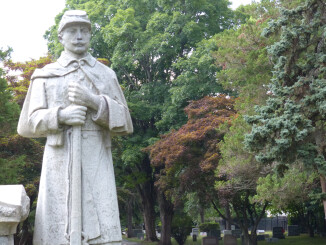 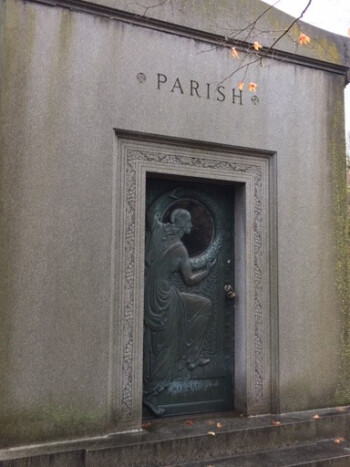