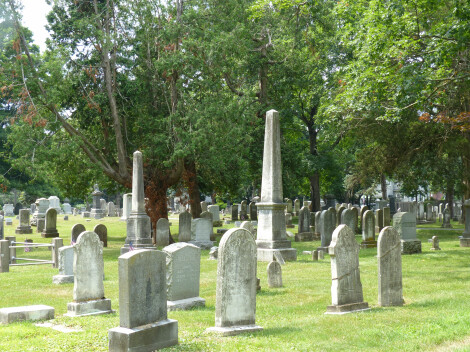 Peace and beauty blend with more than 280 years of history in the 13-acre cemetery at The First Reformed Church of Pompton Plains.

Before the birth of our nation, the grounds served as a peaceful and bucolic final resting place alongside and behind the church, which was formally organized on April 7, 1736.

Although there is a record of a funeral service held in 1690 and some well-worn gravestones are believed to date from the 1730s, the earliest are primarily from the 1780s. 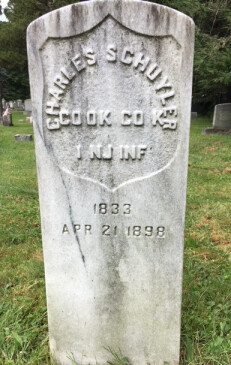 Among the graves in the cemetery are those of 80 Civil War veterans, including Congressional Medal of Honor recipient James R. Evans and African American Civil War veteran Charles Schuyler. More than 620 veterans are buried in the cemetery, including those who served in the Spanish-American War, World War I, World War II, the Korean and Vietnam Wars, as well as more recent conflicts.

Schuyler, born a slave in New Jersey around 1833, lived in Pompton Plains when he enlisted as a cook in the New Jersey 1st Infantry during the Civil War. Schuyler was shot and spent 11 months in a Confederate prison before returning home. He died in 1898.

Evans enlisted at the age of 17 and served three years with the 62nd N.Y. Infantry Volunteers H Company. He was awarded the Medal of Honor for rescuing the regimental flag while under fierce fire on May 5, 1864 at the Battle of Wilderness, Virginia. He died in December of 1918.

The cemetery also includes the graves of American Revolutionary War and The War of 1812 veterans.

Four former pastors who served The First Reformed Church of Pompton Plains are buried in the cemetery. Rev. Orville Siafoos was buried on Dec. 14, 1911. Rev. Eugene H. Keator, who authored the 200th anniversary memorial of The First Reformed Church in 1936,  planted about 100 trees in the cemetery. He sold trees to parishioners and locals to help raise church funds, but many of those trees remain.

Most of the grave memorials are red sandstone, white sandstone, marble and granite. There are even some memorials constructed with wood and one 19th century memorial of galvanized metal which resembles stone.

Among the key events in The First Reformed Church Cemetery's history:

In May of 1834, the church consistory was told that the church Burying Ground was “filling up” and suggested those brought from a distance may be required to pay a small compensation for burial. 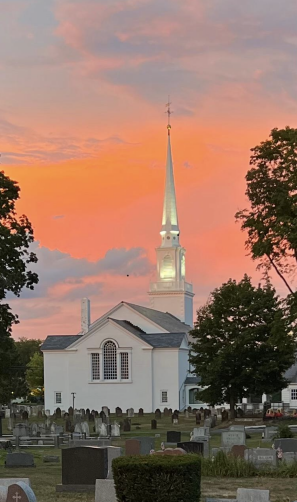 Fifteen years later “the church lot for purposes of burial” was becoming exhausted and an additional one and 86/100 acres was purchased from George and Mary Carter for $186, including a strip of land about 10 feet wide on the north side of the church for a roadway. In November of that year it was resolved that burial lots would be sold at the rate of one dollar per foot in length.

Ralph Van Houten offered land for expansion of the cemetery in May of 1869. Four and 63/100 acres were purchased during negotiations which began in 1883. Soon after, the cost of cemetery plots ranged between $10 and $30.

On May 9, 1850, it had been resolved that a circle in the center of the cemetery be appropriated for the burial of ministers of The First Reformed Church and their families. However, the Teller Circle was never fully completed.

At the close of World War I, a monument was erected honoring 126 locals who gave their lives during the war between 1917 and 1919. Six spruce trees were planted as emblems of their immortality. Those trees have long since been replaced by eight evergreens planted by John H. Lookhoff American Legion Post 242.

Interestingly, when the Wanaque Reservoir was being built in the early 1920s, it required the relocation of a historic graveyard. When a new location could not be found, The First Reformed Church of Pompton Plains Cemetery agreed to take the headstones. No remains were ever moved from Wanaque, but the headstones were relocated behind the church.

A 1930s photo of The First Reformed Church and cemetery. 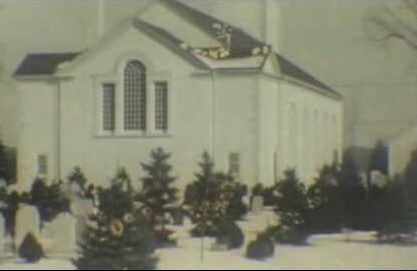